Would you marry someone who knew more about you than you do them? Because that’s exactly what signing up for Facebook is: a blind marriage of data.

With this week being all about information access it was a conveniently perfect time for Mark Zuckerberg to finally screw up. As I was doing some article searching so I could fully understand what’s going on with the whole Cambridge Analytica v Facebook thing – I came across something which perfectly explained the situation at hand: “Congratulations. You’re now married to Mark Zuckerberg”. Because that’s just it – we’ve knowingly signed all of our data – even our most intimate, and possibly deleted  data – over to Mr Zuckerberg like the good little wives we are. 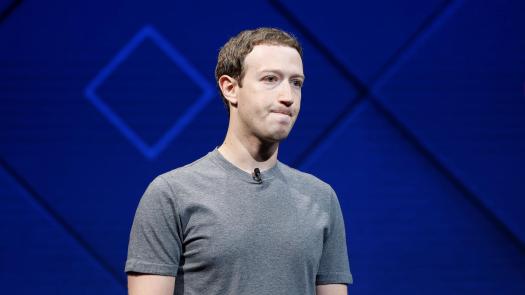 So, this week, I curated an image which brings humour to the situation to highlight how absurd it is that we have been perfectly ok with our data being harvested and used for commercial and political purposes, up until this point. It’s not like we didn’t know it was happening, people are only angry now that the systematic issue has been brought to light.

If you ask me, Mark is a scummy husband and we all need to divorce him. But, we’re going to stay with him and keep giving him our data, because he’s sorry, he’s going to change, and he won’t do it again. That’s marriage after all…

Are you ok with the amount and scale at which our data is being harvested? Comment below.

If you’re interested in exploring the issue, here’s a few resources to consider:

Between fake news and data harvesting, Facebook has no way to win

The Cambridge Analytica scandal is wildly confusing. This timeline will help